I produced a show last weekend called First Act to raise money for Rett Syndrome research.  A bunch of comedians came and performed old dated jokes they don’t get to tell anymore.  Basically, the thought was that with Rett Syndrome, girls lose the ability to do things they used to do.  So, I produced this show around that idea and had comedians do things they used to do.  It wasn’t a perfectly clear tie, but I appreciated the subtext.

We raised some money – never enough, but a start.  The theater loved it and wants us to do a monthly show.  Every month we’l laugh and hopefully soon, we’ll be raising real money.    Both things are things I really want to be doing.    And in case you didn’t believe me: this is present day AJ performing some form of comedy.  Our next show will be April 30th and if you’re around, won’t you come laugh with us? 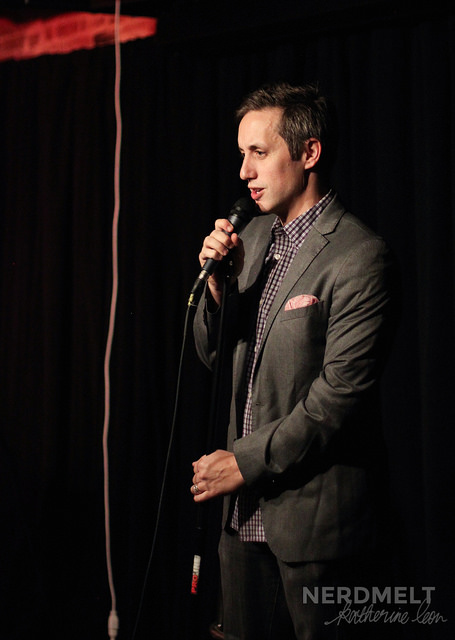