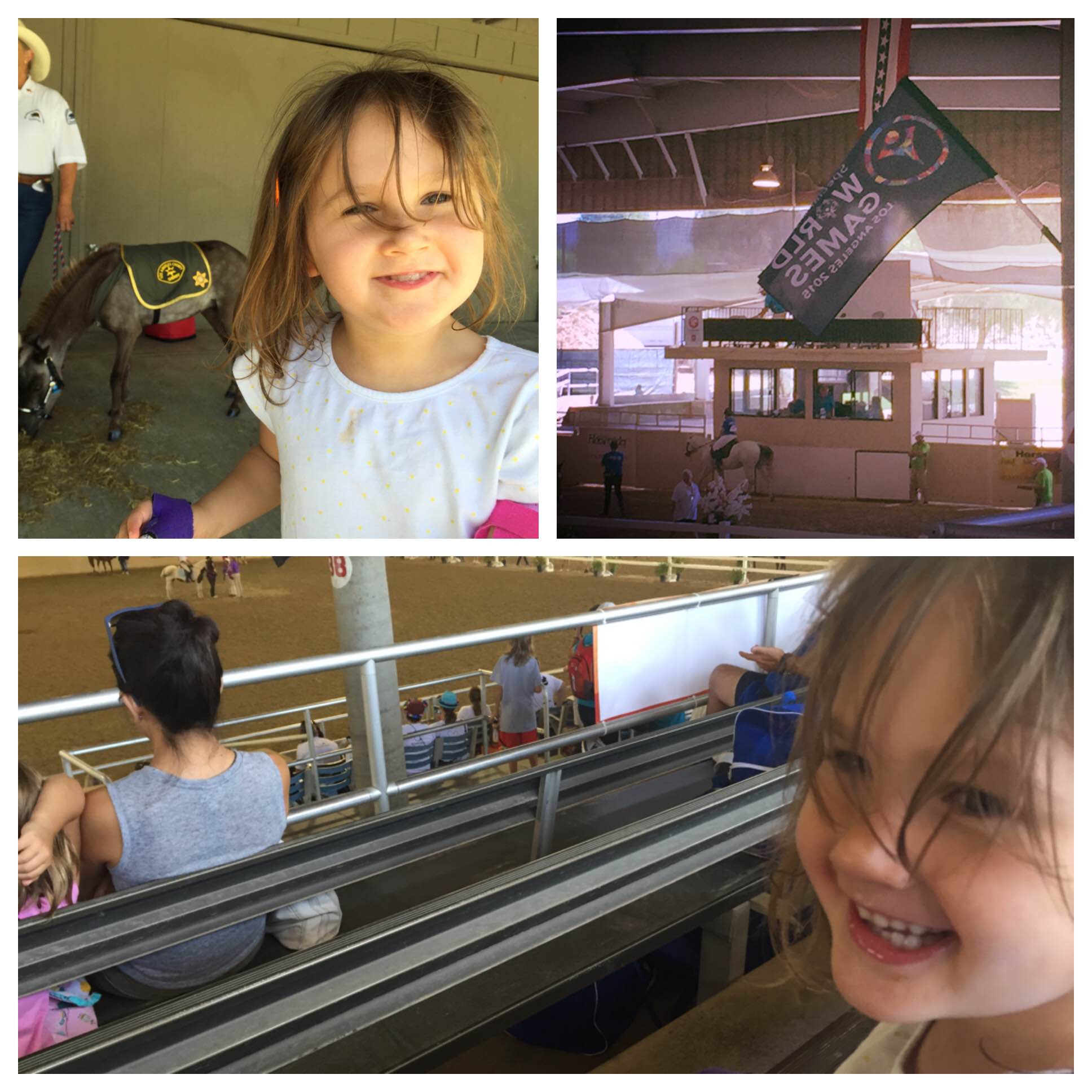 The Special Olympics were in LA last week.  I’d never been; though I have oft times considered volunteering.  When we first heard about Rett Syndrome, my dreams of Maggie someday competing in the Olympics quickly faded.  I mean, the daughter of a barely coordinated father and a somewhat clumsy mother, made those dreams a longshot to begin with, but Rett Syndrome totally pushed them out of mind.  When I heard the Special Olympics were coming to town, I started thinking that maybe these games would be appropriate for Maggie.

As luck would have it the two Special Olympics events that were closest to our house were horseback riding at the Equestrian Center and Soccer – amongst Maggie’s favorite sports.  While there, we saw a miniature horse and watched these incredible athletes.

People say that all the time about these “incredible athletes” and I don’t think I ever had a full sense for what that meant.  To me an incredible athlete is someone who can compete on the highest level and I never, previously, equated that with the Special Olympics.  I always assume they just kind of let anyone who wanted to participate.But, having seen them first hand – I was amazed.  Many of them had little to no disability at all when it came to their sport of choice.  From the distance we were watching, it appeared to be a group of typical olympians instead of a group of special Olympians. 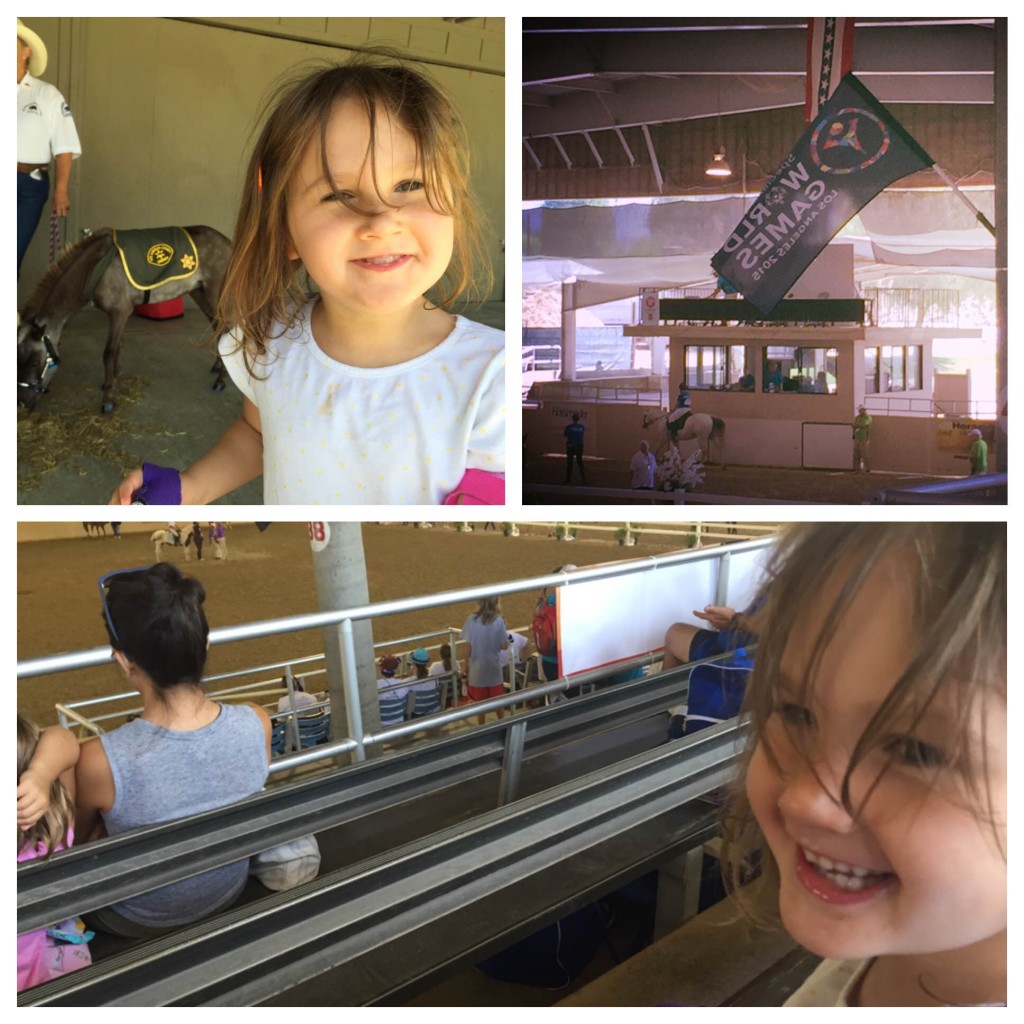