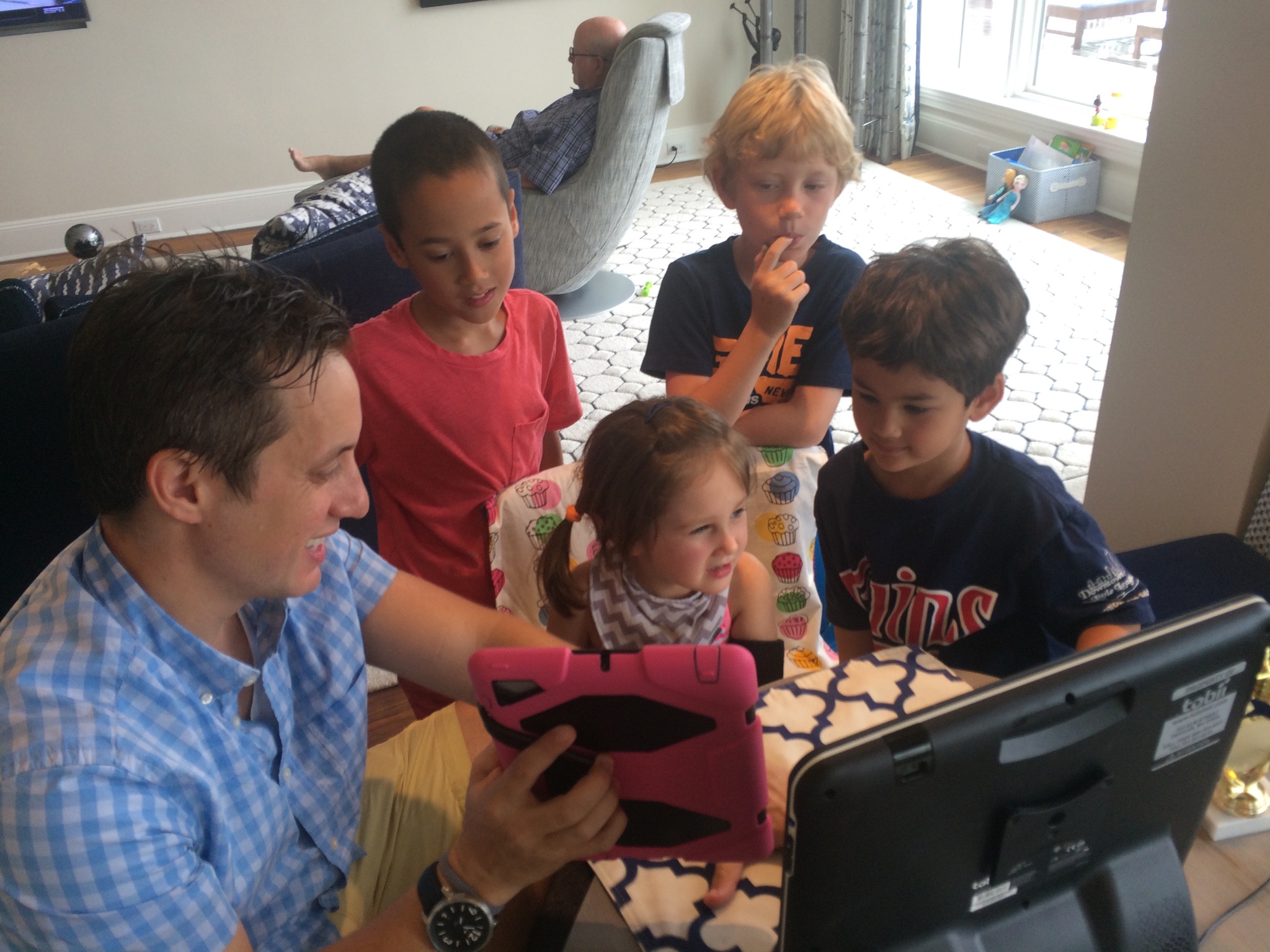 We spent father’s day with my family on the East Coast.

We’ve written about it before – how much she enjoys her cousins; and this trip was no different.  I think there’s a special bond with family that she understands on a visceral level.  It’s almost like she knows they won’t judge her and they just want to play, no matter what her limitation may be.  We spend a lot of the time in the pool, where Maggie is more or less a typical 4 and a half year old – splashing, kicking, giggling.

I was also happy they asked questions about her.  At first I was scared of questions people would ask me about her.  But I’m not afraid of those questions any more.  I’d rather they ask than stare and wonder, especially her cousins.  I don’t feel like it’s rude to wonder.  I feel like it’s rude for us to keep her issues hidden.  I still get frustrated when people ask questions of her to me in front of her.  But I understand.  She’s not really going to answer, but we do try to keep discussion about Maggie to times when Maggie’s not around.  And if she is, we try to include her in the conversation.  Just because she can’t talk doesn’t mean she can’t listen.  Just because she can’t stop, doesn’t mean she’s not paying attention.

And her cousins try to include her no matter how many times Maggie ignores them, or runs away from them because she can’t calm her body.  And while they were shooting each other with water guns, I would help Maggie shoot them.

Maggie is constantly running, so we made up finish lines for everyone to race to, we played games on her eye gaze computer, and we ate.

I told them how Maggie can answer yes or no questions and they had a great time finally understanding a way to communicate with their cousin.  And as a result, she was happy to show off.  It was as typical a Father’s Day as an atypical family like ours could ask for.  And that’s a Father’s Day present I’ll definitely remember.