In order to keep Maggie at equilibrium, she needs to take a swath of supplements.  Currently she’s on

We put most of them in her juice which ultimately makes her juice look like this: 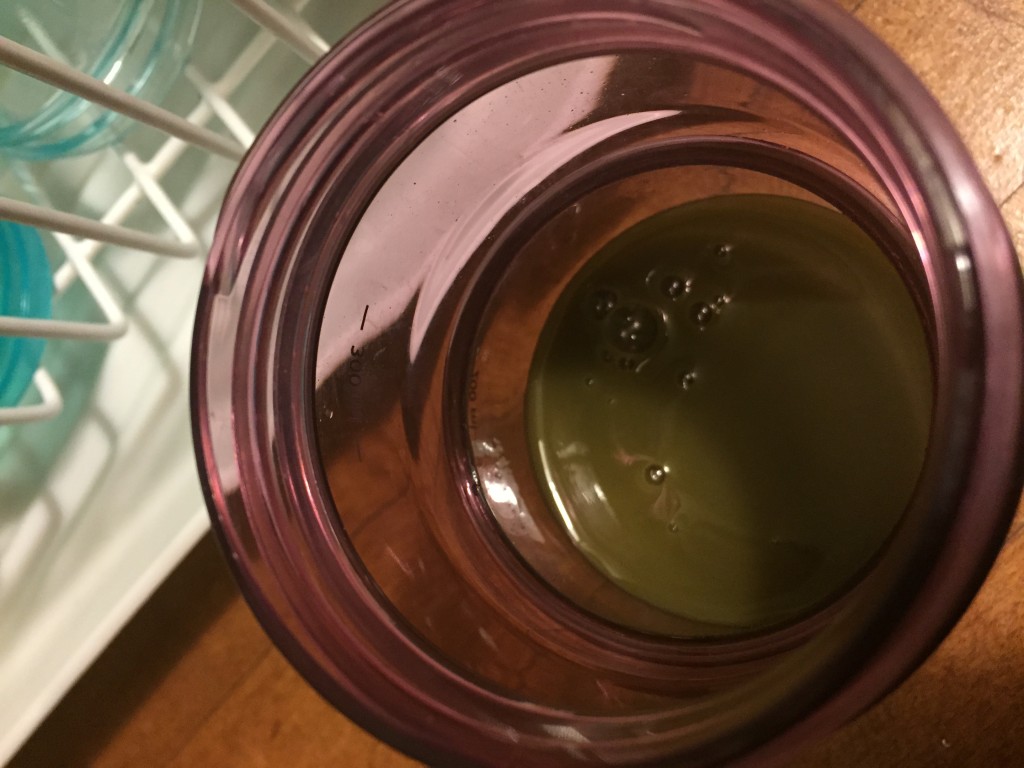 I wouldn’t drink it.  She’s a trooper though, and drinks it most of the time.  But as she gets into the age where she realizes she is allowed to have an opinion about things (so help us…), she’s less inclined to drink it all up.  Which ultimately is bad for her.  Magnesium calms her and helps keep her GI system regulated (as does the probiotic).  B12 is for calming as well as is the Vitamin D.  She would literally never stop running without these and even with them can only calm her body enough to sit for about 10 – 15 minutes at a time.  Not to mention how uncomfortable her belly can get without proper regulation.

Calcium deficiency is common in Rett and since she’s on a milk free diet, she’s not getting all the Calcium she would need in her diet.  Since the physical maladies that may still happen are related to tightness and bone breaks, we want to make sure she has enough Calcium to build enough bone strength to combat that down the line.

The L-Carnitine, Iso-Phos and the Coq10 are all for cell development and along with the fish oil have really helped her progress cognitively.  Without those, we’re sure there’d be less progress to discuss.

And you have to think about how hard all of this would be to even know with her being non-verbal.   How do we know her belly is hurting?  How do we know if she’s feeling anxious or weak?  Mostly we guess, but these supplements help us keep those things from being worries – it’s preventative as much as it is pro active.

But there are too many and she’s not taking them as readily as she was.  So I looked up a recipe to make chewables and went to work.  I mixed this:

with Jell-o and cranberry juice.   Those are both red.   It turned into this.  At this point, it doesn’t seem like this is going to end well:

We did the taste test and that looked like this:

So now we’re back to the drawing board.  How do you get 10 different medicines into a 4 year old?  Maybe we’ll just have to mix it all in a daily scoop of ice cream.