Last week I was speaking with a mom with an older daughter with Rett Syndrome. She was watching Magnolia, turned to me and said.”I hope they find a cure or treatment for her. I’d really hate to see that spark go away.” It wasn’t cruel, it was honest. She has been fundraising and hoping for a long time. She believes the time for her daughter could be gone. She actually told me that, but she hasn’t stopped fundraising. In that moment I was so sad, then mad. Sad that she had been through so much and was still fundraising. Sad that most parents with younger girls probably don’t stop and think about the parents of older girls. The parents that have gotten us to this point. Mad because honestly sometimes life just isn’t fair. And in this instance it truly wasn’t.

Her words were powerful, they weren’t meant to stir such emotions from me. She was genuinely hopeful for my daughter, but not as much for hers anymore. (Don’t judge her for her feelings, they are hers to have, and I understand) To tell you the truth, in that moment I felt a mother’s love transcend that of her child and onto mine. All of the hopes and dreams she had for hers, she was hoping for mine. I teared up, I started crying. I tried to hold my composure, but it was impossible. We chatted about her daughter and what she had been through. We chatted about Mags and what she had overcome the past couple of years. We chatted about a lot. In the end, I thanked her for never giving up. I cried in the car as I drove away. I told myself, for her daughter, I won’t give up either. Rett really does suck, but there are some amazing people that I meet.

Her story isn’t the only one. If you do anything today, stop and think about those parents that never gave up, continued to push through and fundraise, push the boundaries. They are Magnolia’s heroes, they are her angels, they are her hope. 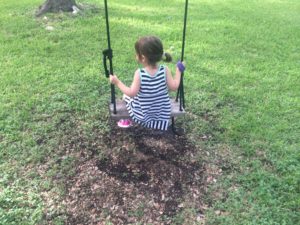